Situated in Nanjing, home to one of the world’s largest inland ports and the largest high-speed railway station in Asia

Capital of East China’s Jiangsu province, Nanjing is situated in the Yangtze River Delta roughly 300km from the city of Shanghai.

It is the second largest city in the East China region, and as one of the nation’s most important cities for over a thousand years, Nanjing is recognized as one of the Four Great Ancient Capitals of China with many important heritage sites. It has long been a major center of culture, education, economy, transport networks to name a few, being home to one of the world’s largest inland ports.

The Yangtze River Delta covers the provinces of Jiangsu, Zhejiang, Anhui, and the city of Shanghai. The “Yangtze River Delta Regional Integrated Development” is an important part of the national strategic planning and the Yangtze River Delta Economic Zone is the most developed regional economy in China that is largest in scale with the largest urban density and it represents the highest level of economic development in China. 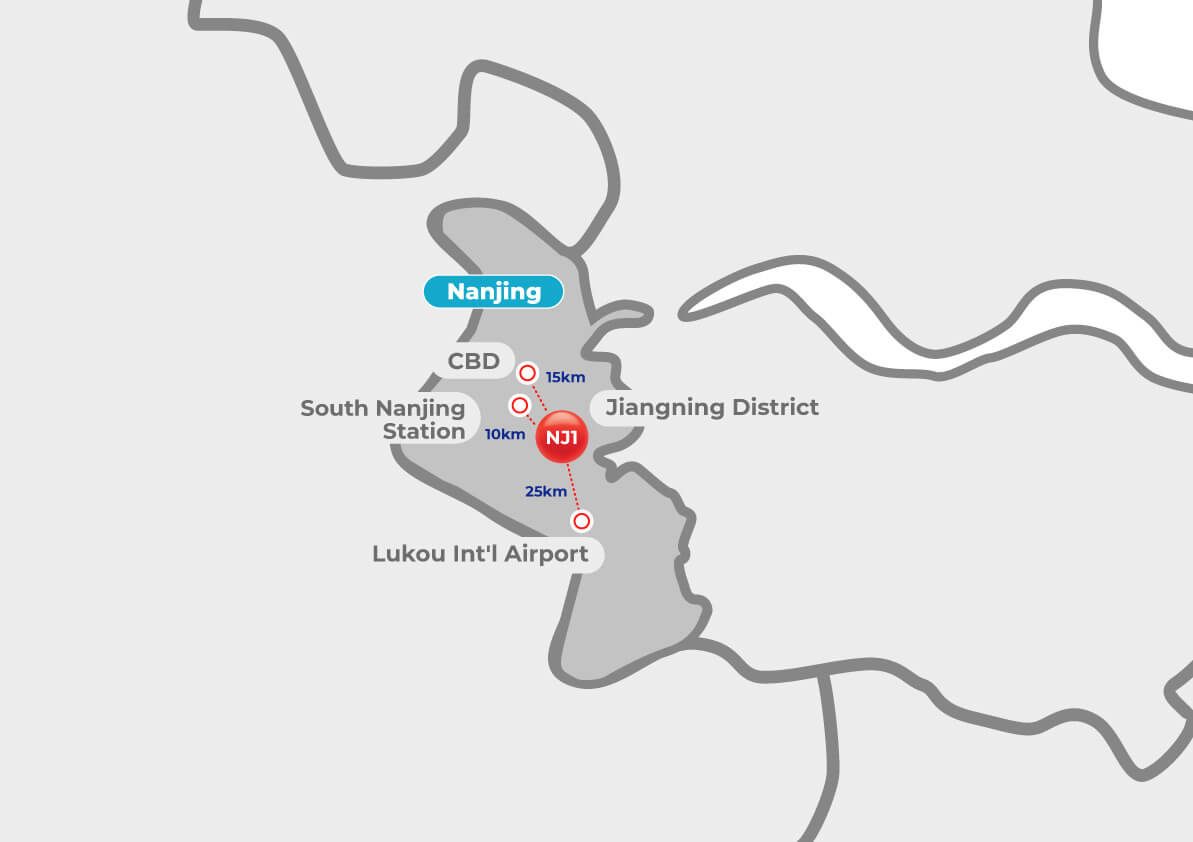 Fill in your details to find out how we can support your business needs.

Fill in your details to find out how we can support your business needs.

Get a closer look at our facility